Water that was lost and found again

rediscovery of a historical source

On October 30, 1876, the Imperial-Royal Commission approved a license for public use of the Krondorf soursop. The beneficial effects of the spring were also recognized by gourmets in Vienna, Berlin and Budapest.

Unfortunately, the spring was lost in the tumult of the First and Second World Wars.

Many years later, in 2010, it was during the geological exploration discovered a source of mineral water, which has an almost identical composition to the long-defunct natural spring of the mineral water Krondorf. 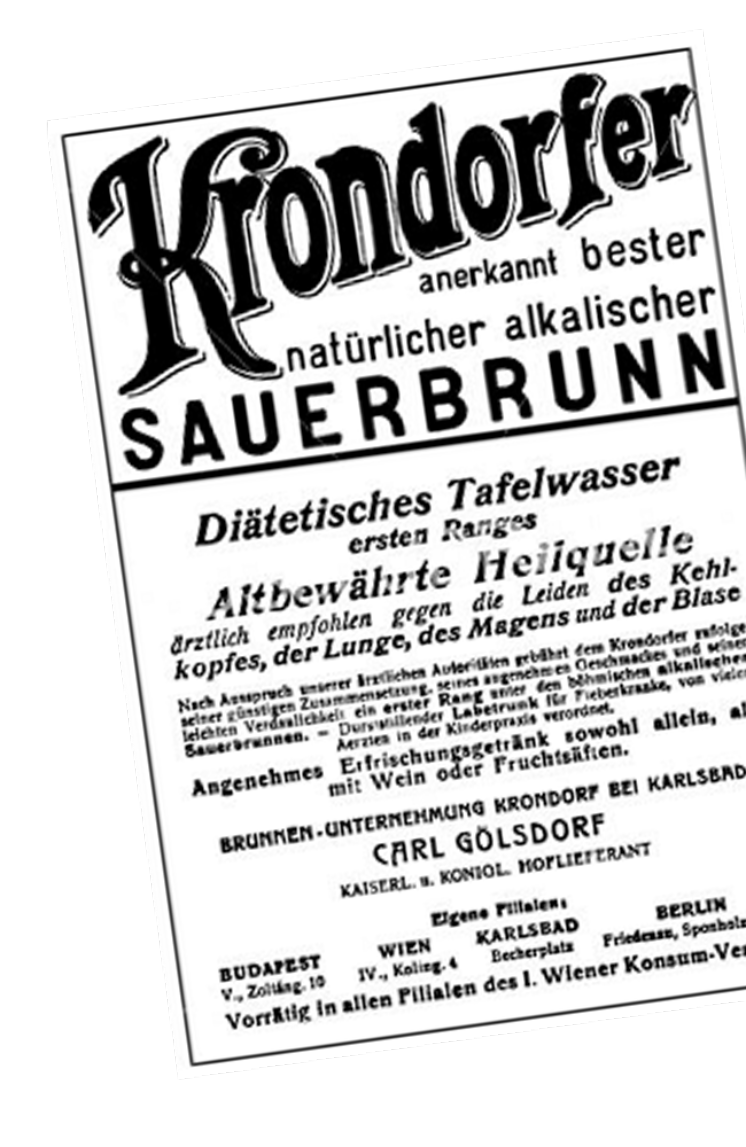 Comparison of the original and current source 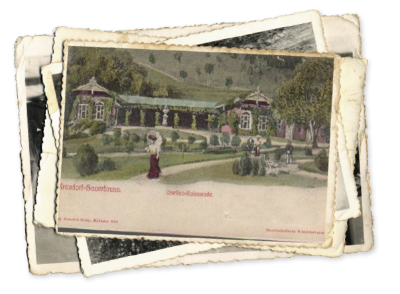 Authorization of withdrawal and resumption of shipping

In May 2015, the Ministry of Health of the Czech Republic granted the Krondorf mineral water source a new usage permit. 30. October 2016, we also revived the tradition of manual bottling and shipping. After 140 years, the exclusive water is once again traveling directly from the source to the table of the experience restaurants. 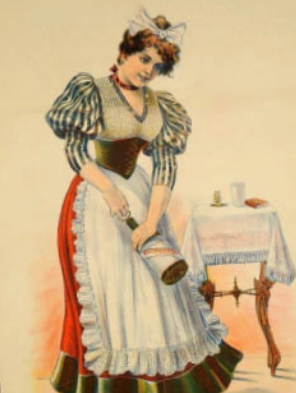 1876 Approval of the use of the spring
c. k. commission of the district governor's office. 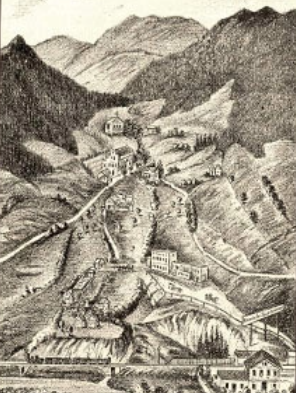 ? The loss of the source during
two world wars. 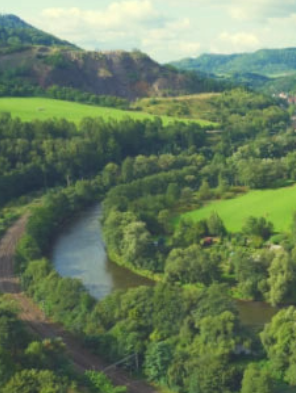 2010 A spring with a similar composition was found during a geological survey. 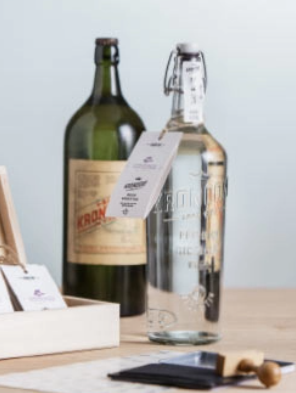 2015 Krondorf source received
a use permit from the Ministry of Health
of the Czech Republic.

2016 Krondorf mineral water is
relaunched as a limited
exclusive product.

The story of Krondorf mineral water

How it all began

In a romantic nook on the right bank of the Ohře river below the village of Warta (Stráž nad Ohří), a spring of excellent taste has been springing up since time immemorial, which was used by the inhabitants of the surrounding villages. Previously, all householders in Krondorf had a key to the public spring, and it was therefore available to them free of charge for domestic use. 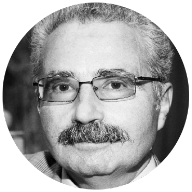 Phdr. Stanislav Bucharovič historian-publicist
Historian and columnist born on October 13, 1950 in Karlovy Vary. After matriculation, he studied history, librarianship and information sciences at the Faculty of Arts of Charles University in Prague (1971–1976). After completing his studies, he joined the museum in Karlovy Vary as a specialist, where he still works as a historian. He specializes in local history and cultural history of Karlovy Vary and the Karlovy Vary Region. The focus of his professional interest is monuments and art in the region of West Bohemian spas, ore mining in the Ore Mountains and in the Slavkovské les, patristic literature of Karlovy Vary, the ethnography of the former Loket region, the history of spas in the Bohemian-Moravian lands, and Czech-Sudeton relations. In the field of regional historiography of Karlovy Vary, he published as author or co-author more than 50 independent book works and more than 1,500 articles and professional studies.

The famous Austrian sailor, frigate captain, traveler, cartographer, writer and poet Heinrich von Littrow (1820–1895) liked the Krondorf slough so much that he dedicated a celebratory ode to it, which was printed in the Erzgebirgs-Zeitung magazine in 1893. 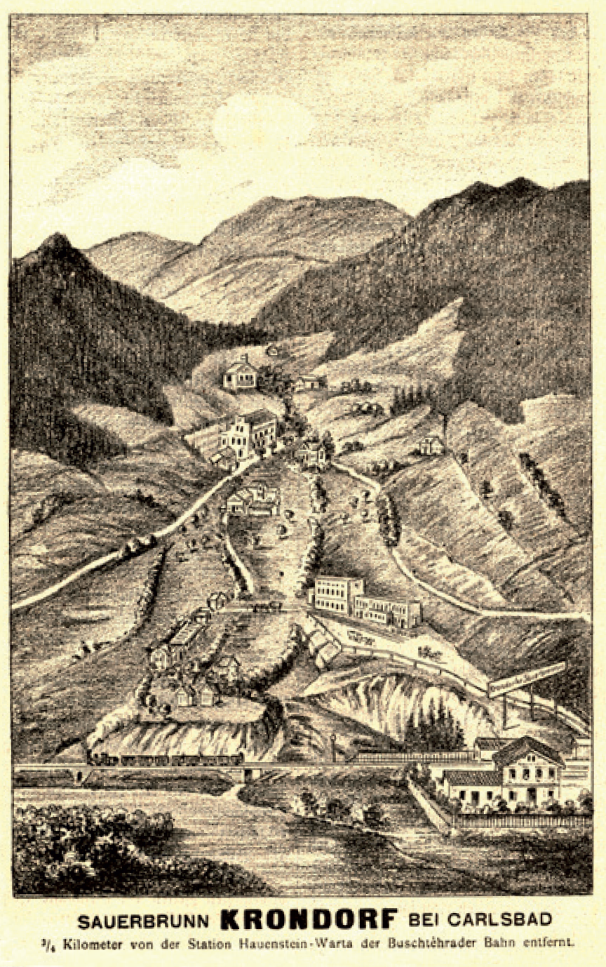 In 1863, three businessmen from Saxony (Scharr, Haustein and Meixner) bought from Prince Windischgrätz for 40,000 gold a large forest lot between Stolična Hill and the village of Tocov for the purpose of logging. In the upper part of the Korunní potok valley, the Saxons built a steam sawmill in which they processed felled trees into planks. As director of the sawmill, they called the experienced wood expert Carl Gölsdorf, who came from Plavno, where he was born in 1844. With his arrival, the story of Krondorf mineral water began. Leopold Roscher worked as a night watchman and servant at the sawmill. Near the sawmill, in the place of the old mill, he found a natural mineral spring with very tasty water. He showed Carl Gölsdorf the spring. He recognized that it was an exceptionally high-quality spring. He had them intercepted in 1876 and sent his samples to renowned scientific authorities for examination. Renowned Prague professors Josef Lerch (1879), Wilhelm Gintl (1881), Heinrich Kisch (1880) and Karlovy Vary hydrogeologist Josef Knett (1902) performed the chemical analysis of the acid. All chemical-physical analyzes proved the healing properties of the newly discovered soursop. This was the impetus for the founding of a forwarding company, which in 1878 undertook the collection and distribution of Krondorf water. 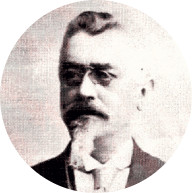 Carl Gölsdorf – a woodworking expert from Plavno who discovered the qualities of Krondorfská kyselka. It was only thanks to him that Krondorf mineral water began to be widely distributed beyond the borders of the Austro-Hungarian monarchy. 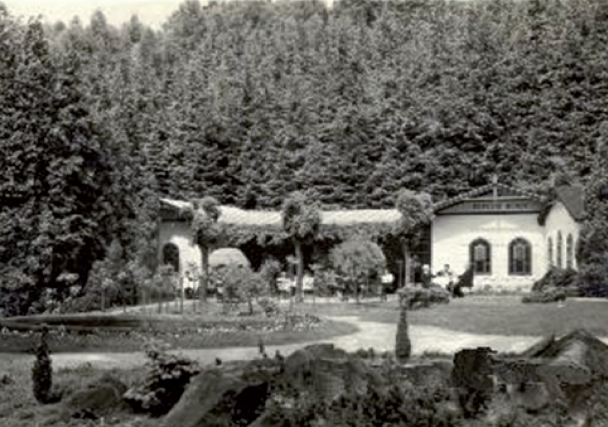 Carl Gölsdorf and his life's work, or through obstacles to the stars

It was headed by the far-sighted businessman Carl Gölsdorf. He left his position as director of the sawmill and began to devote himself fully to the export of mineral water. An important step was the purchase of all the land in the spring area from the previous owner, Wenzel Glaser. In order to meet all hygienic and medical-chemical-hygienic requirements, Gölsdorf had the muddy terrain drained and the mill pond relocated. On October 30, 1876, she personally inspected the spring and the exploitation of the mineral water was approved by the District Governor's Commission. Kateřina was named after Gölsdorf's wife and Štěpánka after the name of the Austrian crown princess.

A thorough crenotechnical capture of the Štěpánka spring took place in 1880 in honor of the engagement of Crown Prince Rudolph of Habsburg to Princess Štěpánka of Belgium. With the consent of the noble newlyweds, after their wedding in 1881, the spring was named after Her Imperial Highness. Let us add that Princess Stepanka personally visited Krondorf on August 5, 1909. With a large entourage, she toured Krondorf Sauerbrunn and tasted the water from the spring that bore her name. On June 26, 1877, Carl Gölsdorf received a license for the public use and distribution of Krondorfská kyselka from the Kateřina and Štěpánka springs from the Prague regional governorship. This happened on the recommendation of the health board of dr. Heinrich Kisch, docent at the University of Prague and spa doctor in Mariánské Lázně.

How Krondorf conquered the European market

Carl Gölsdorf was a good businessman and became rich from the export of mineral water. He built branches of the company in Berlin, Vienna and Budapest. Gradually and thoughtfully, he invested a lot of money in the further technical development of the bottling plant and thought about building a small climatic spa. Carl Gölsdorf's attempt to build a prosperous spa at Krondorfská kyselka, modeled after the nearby Mattoni Kyselka, was unsuccessful, however, he succeeded in making Krondorf a very popular resort and Krondorfka a well-known mineral water. At the end of the 19th century, Krondorf was an attractive excursion destination whose advertisements were found in all tourist guides and magazines.

Carl Gölsdorf received the prestigious titles c. k. court supplier (1899), imperial council for his merits in the distribution of mineral waters. (1903) and Purveyor to the King of Spain (1905). In 1905, he was elected mayor of the independent municipality of Krondorf.

Carl Gölsdorf, a successful businessman and creator of Krondorf's fame, died suddenly on October 20, 1907. His body was provisionally placed in a crypt at the cemetery of the municipality of Stráž nad Ohří. After the completion of the construction of the funeral chapel (mausoleum) in the wooded hillside above his villa in Krondorf, he was laid to rest in the crypt of the chapel, which bears the Latin inscription "PER ASPERA AD ASTRA" (Across obstacles to the stars), which was Gölsdorf's life credo.

Gölsdorf's death ended one historical stage of Krondorfka, but a new era was yet to come. 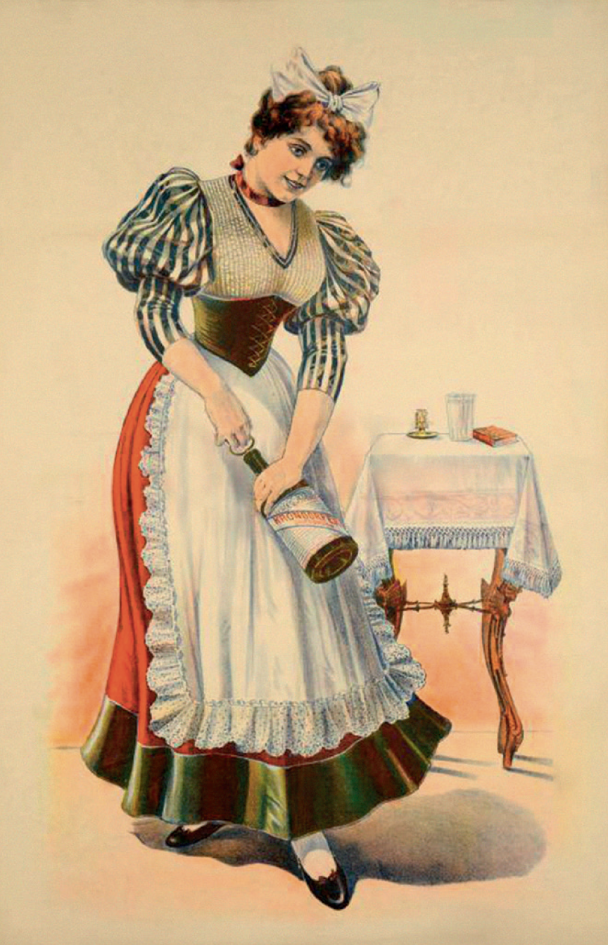 From 1921 until the 1930s, Dr. August Stocklöw (*1871) was the district physician in Krondorf. During the First World War, from 1914 to 1918, he served as the staff and head physician of the 42nd Infantry Regiment. He demonstrated extraordinary bravery many times at the front. After the war, he joined the Ministry of War's welfare office for war victims in Vienna as a medical clerk.

People from Krondorf and the surrounding area loved him and still fondly remember him for his humane approach to patients. He treated 200 employees of Krondorfská kyselka as well as residents of the surrounding villages. Dr. In addition to ordinary medical practice, Stocklöw also devoted himself to a thorough investigation of the effects of local acids. He confirmed the healing power of Krondorfka and recommended it to his patients as a dietary aid for digestion, mixed with milk for the treatment of throat ailments and also as a supportive medicine for a number of other ailments. Dr. Stocklöw emphasized the exceptionally balanced composition of the water and the content of magnesium, calcium and other salts. Krondorfka was also notable for its special taste, which, compared to other healing waters, one did not have to get used to. Krondorfka's drinking cure favorably treated chronic inflammations of the respiratory, digestive and biliary tracts, bladder diseases, metabolic disorders and convalescence.